This may be really really sudden, but I am planning on translating a new story! Yeah, I am not used to taking two stories under my wing, but I really wanted to do this for a while now.

Maybe some already know, but the current story I am translating Dragon Knight, has like 1900 chapters. That’s a LOT of chapters to be a 100% into translating. So to put a bit of variety when translating, I wanted to undertake a new story on the side.

As for the story I am planning to translate…

Clearing an Isekai with the Zero-Believers Goddess – The Weakest Mage among the Classmates. 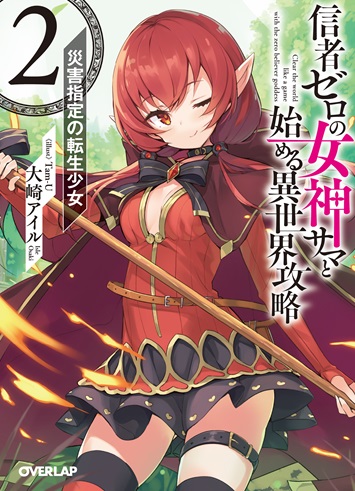 [“Your stats are lower than that of your average person.”
The weakest by a mile among the otherworldlers of class 1-A, Takatsuki Makoto.
The Heroes and Sages who had cheat skills in his class had went off, and the base set lifespan is 10 years?
The Great Demon Lord is going to revive soon?
I am a Mage Apprentice?
Isn’t the balance way too bad? This damn Isekai is a trash game!
“Want to be my believer?”, the Goddess that told me this has zero believers!
Aah, this is bad…I don’t think I can clear this. The Goddess with zero believers is an incredible beauty, and she is telling me she is imprisoned somewhere and is waiting to be saved. My last and hardest mission is to save the Goddess.
Clearing this Isekai that only has adversities, the story of the weakest mage.]

I will be uploading the first few chapters in batch. I have not really decided on the upload schedule yet though. Maybe 3 chapters a week?

This story is pretty slow at the beginning and begins to pick up more and more momentum as it goes, so if the story is not completely out of your taste, please give it a few chapters before actually deciding.

I am not really good at selling a story without entering into spoiler territory, so I might as well just let you guys decide on a blank slate.

Hope you guys join me on this journey to a new Isekai!